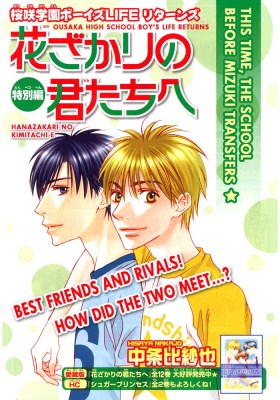 Here is the first of the three Hana-Kimi extra stories that were published after 2007.  This is a really good one and I wish it had been published while the series was still running so it could have been included in the Viz release.
Link to the Hana-Kimi July 2008 Omake (Retired)
Next up is “Orange Chocolate” chapter 6 followed by the Hana-Kimi omake from September 2008 (it’s very short at only 8-pages).