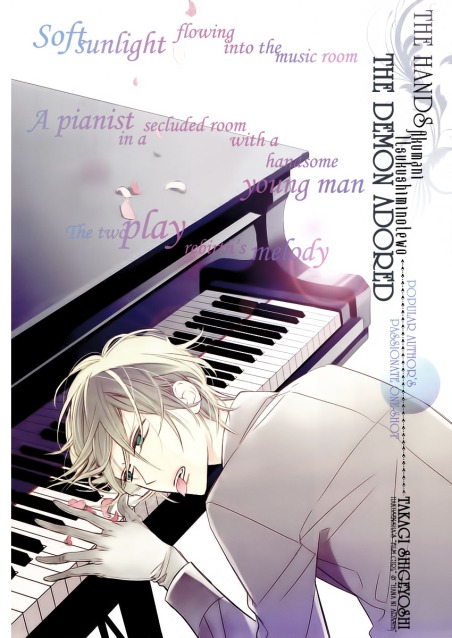 We were planning this one-shot to kick off our fall spooky tales, but I suppose this isn’t all that spooky even though the main male character is a demon.  In hindsight, this is more of a late winter/early spring kinda one-shot given the theme of rebirth.  Anyhow…we’re doing it now…so yay!

Oh, in case you were wondering, the title’s direct translation is “Affectionate Hands for a Demon”.  I thought that was kind of wonky sounding, so I went with something more direct that expressed an adjacent idea. I offer my humble apology to translation purists.

I think (perhaps someone can confirm this) that Takagi-sensei is just coming off a break.  I was very surprised to see a work from her in Aria because her series and one-shots have always been in Lala and Lala DX.  It would be nice if she switched publishers and will now appear in Aria and Itan.  I think both of these publications would allow her to have more flexibility and maturity in her story telling.

Links to “The Hands the Demon Adored”:  (Zip) (PDF — for mobile and tablets)

Next up!
Next up is “The Scarecrow of Oz” chapter 3.  I was going to do a double release of chapter 3 and 4, but it was cute overload and my brain couldn’t handle it.  Instead, I put the big summer one-shot, “Seigi no Mikata” (“Ally of Justice”) back into this month.