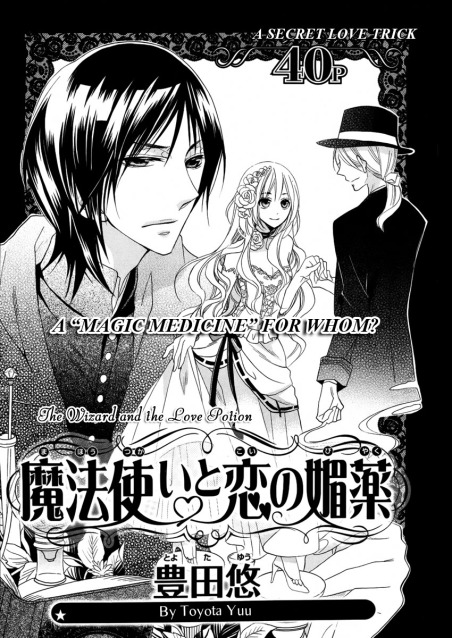 This is a really sweet one-shot.  As of now this is tied with “Dinner in my Coffin” as my favorite Shiro Lala one-shot.  This one-shot had tough redraws on nearly every page, so I would like to thank Ichigo Stars and Kumiko for all the work they put in to make the release of this one-shot possible.  It’s beautiful, you guys!  I really appreciate it.

This one-shot plays with fairytale troupes.  It feels very familiar, but I think this one-shot was well done, so I enjoyed the “remix”.  If you haven’t read Toyota Yuu’s other one-shot “The Honeybee Earl and the Flower Dress“, you may want to.  It’s a nice companion to this one-shot.

And now onto the links!

I’m working on plans for December.  There are a bunch of series chapter and one-shots that are half done. I would like to complete these hanging projects before moving onto new material.  I’m going to spend this month completing these chapters and one-shot so we can have a fresh start in January.  We will still be doing “Akagami no Shirayukihime” chapter 28 as promised.  It’s just that Yukarism and Magnolia may get released later this month or in January.

Speaking of “Yukarism”, it’s going on hiatus again after only two chapters.  It will resume at the end of January.  It sounds like Shiomi-sensei needs a rest.  Let’s all wish her well and hope that she feels better soon.