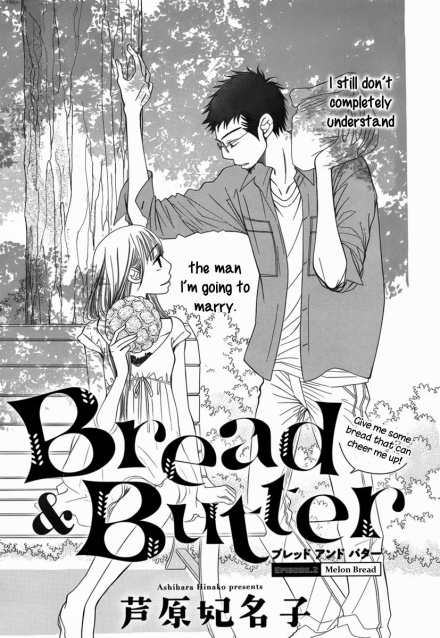 Minor changes to the translation were made. None of them affect the story. I just wanted refinements for archiving purposes. If you are archiving the series, I suggest you download the latest file.
————————–

It’s been a while! We pretty much cleared our queue of unfinished content for our anniversary, so it has taken a while to get the next batch of releases ready. We are using a new imagine editing process that’s so fast that translation and lettering are our bottlenecks now! It’s gonna take some getting used to!

Ah… the second chapter of “Bread & Butter”. I like this chapter a lot, but it took FOREVER to complete! Haha! After this, the chapters are shorter, so it shouldn’t consume so much time in the future. Lots of emotions in this chapter, many of which we’ve experienced one way or another. I’ll write my thoughts later in the comments.

One of the things I like about this series is the way the breads are integrated into the story. Too many mangas that involve cooking get wrapped up in the cooking process or the food itself, so the mangaka ends up writing long and boring food expositions. “Bread & Butter” seems to be doing a good job weaving the food into the narrative such that it’s natural and the story doesn’t come to a standstill.

And now onto the release!

I’m on staycation this week, so the next release won’t arrive for a week or so. That’s puts us into August! For August we have planned some steamy hot summer releases along with our regular monthly releases. Our first monthly release will be “Magical Change” chapter 3. Yes, we are continuing the series. Sorry for the delay! Please look forward to a sexy mid-summer with Crimson Flower!