Skip to content
Akizuki Sorata’s next one-shot has been announced.  It’s called “Ryuu no Moriuta”.  Secondly, “Suzu Mousu”, a 3 part short series from Mizuno Tooko, has been announced.  Both will appear in Lala 8.  The previews looks really good, so for now we will put them into the schedule :).  We will make the final decision on whether we’ll do it once I have the one-shot in hand ;p.

Here are the previews (click on them to see larger images): 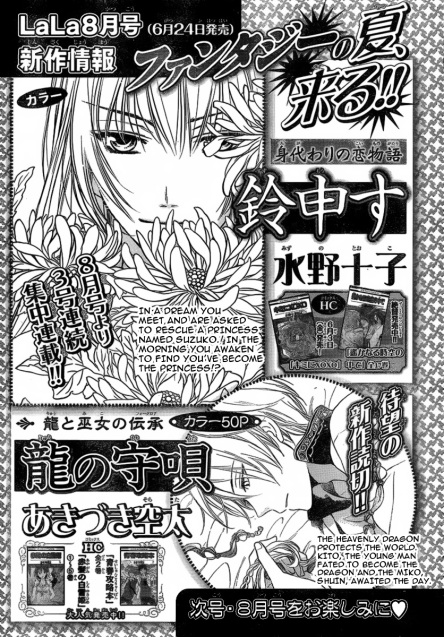 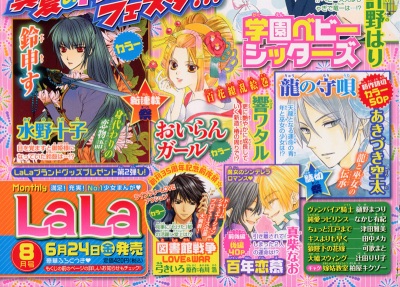