Skip to content
I’ve been going through some gyrations the past couple of weeks.  I didn’t like the direction of some of our projects were going and went seeking some series and one-shot with greater emotional depth and range.   I dropped a bunch of one-shots, transferred a couple of series to other groups, and went on a search for some new stuff.  For now, I’ve decided not to take on series of undetermined length because it’s a risky proposition (boredom, story failure, hiatuses, and the possibility of me returning to the workforce…).  So for now, any new series we take on will be known to be complete in less than 4 volumes.  With this in mind, the new series we will be taking one for the rest of 2011 and the Beginning of 2012 are: 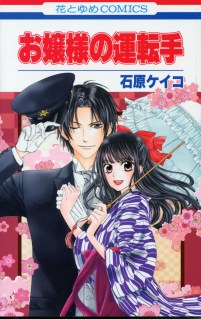 Fall 2011 One-shots! (Sept, Oct, Nov)
The theme for this fall’s one-shots is spooky/horror…okay not too much horror since I’m a wimp.  I’m developing the selection now.  Please check the release schedule for the latest updates.  We’ll also leave some flexibility in the schedule in case anything pops up that we want to do right away.  I’ll make a formal announcement of the one-shots once I’ve nailed them down.

As for Winter 2012 — my current thoughts on the one-shot theme is “Sci-fi” ;p, but of course we’ll also have to mix in some selections for various holidays :).