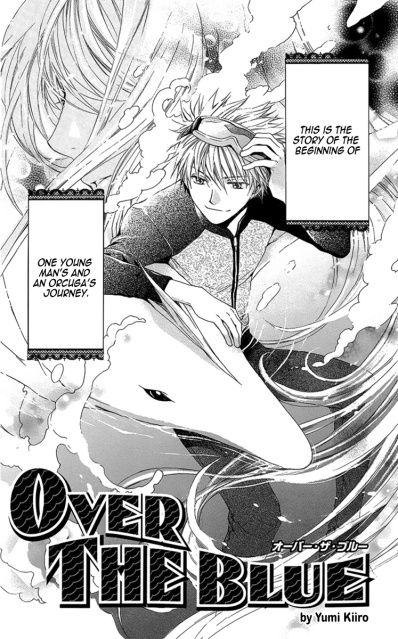 If you read and/or downloaded this earlier, please re-read or re-download the latest version.  We missed two pages the first time around.  The two pages are now included.  Sorry about that.  Thanks to Steaming Bao for the head up.

Here’s a very cute one-shot from Yumi Kiiro (“Library Wars”). It was included in the “Nemurenu Kishi ni Hanataba wo” one-shot compilation. This is Kotomi’s debut as a translator.  In the past she has been one of the folks who QCs our translations. Let’s all welcome Kotomi to her expanded role at Omari’s Sister!  I like to thank Silver Lunar for her excellent lettering.  She’s definitely rose to the challenge.

There’s really not much to say about this one-shot other than it’s really cute and a little like “The Little Mermaid” … but only a little. I kind of wish Kiiro-sensei had done a one-volume short series so we could see what happens Kuzui and Elina after this one-shot ends. But we’ll have to leave that to our own imaginations.