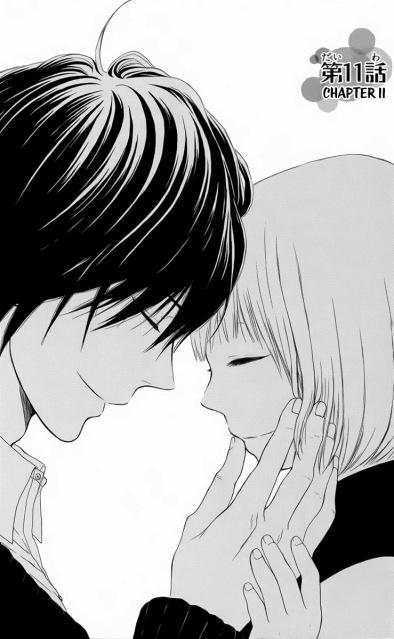 As stated before, this is the last chapter of “Pochamani” that Crimson Flower will translate.  After reading this chapter, I think it will be clear to most people why this a good and natural place to end the story. I really don’t understand why the series was expanded from here other than for money. It would have been a really sweet short series. Anyhow, for my own sake I want to end here because I don’t want my beautiful memories of this series stained by the ridiculous shark jumping that happens after this.

We have no intention of passing the series to another group,  nor will we facilitate further fan translations of this series, meaning we will not be a Pochamani raw provider.  If another group wants to take on this series, it’s up to them to provide their own raw. The series is not very popular outside of Japan according to this blog’s statistics. It’s one of our lowest performing series actually, so I don’t think this series will be missed. BUT! Given its success in Japan, I think it’s a good candidate for licensing in the US. Though, I wonder whether weight is too raw of a nerve in the US, and that’s why nobody reads the series.

I’ll stop rambling now and get on with the release.
Links to “Pochamani” Chapter 11: (PDF) (Zip)