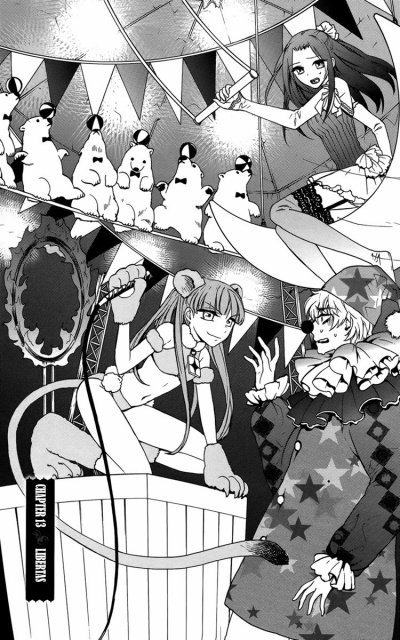 It’s been a little more than six months since the last release of this series. I apologize for the delay.  We’ve decided to concentrate on finishing the series now, so it’s the only series I’m working on right now.  There four more chapters left after this, and we expect to complete the series in about two weeks.

This chapter focuses on Araragi’s backstory. I feel bad for her, but in some sense I feel her personality makes her lot in life even worse.

Next up will be more “Rex Fabula”. Expect chapter 14 this weekend.