Skip to content
Whee!  It’s summer! BBQ!!!
Okayz~ Onto the meats of July!  Here’s what we have on the grill: 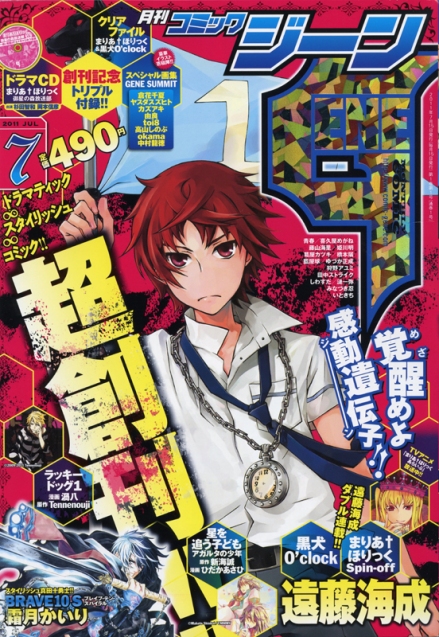 I’m still thrashing around.  I thought I had settled on our content for the next 6 months and then along comes this tasty mound of candy called “Comic Gene”.  Comic Gene is a new shounen magazine for females.  It’s an interesting concept so I decided to give it a look see and I was dazzled.  There are 6 series that we are currently looking at and we are now working on trials of the series.  The hope is that we can start a couple of new series this Fall.  This time, though, instead of jumping on the new series at chapter 1, we’re going vet the series for 2 to 3 chapters before we make the decision to go forward with a trial.  So far all the series we’re looking at start strong, but I can’t tell where the series are going, so we need to see the next chapter or 2 to make sure we don’t have the same issue we had with some of the series from Aria.  Check the release schedule for details on the series we’re looking at and our progress on the trials.  We hope to have the first releases from Comic Gene ready by the end of July.