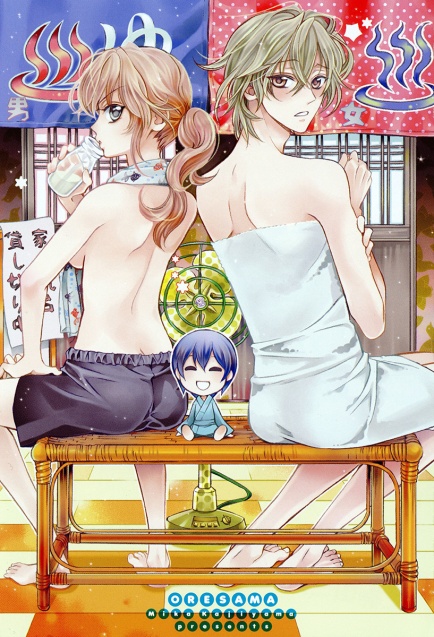 This has nothing to do with this manga or Omari’s Sister, but go see “Pacific Rim”. It’s the funnest movie of the summer season IMHO. I’ve been spamming the heck out of everyone on Tumblr with it. Anyhow, go give it some money, because we need more movies like this and less “Transformers” and “Battleship” crap.

Okay, back to the manga at hand. I think the release pace of “Ore to Atashi” is going to continue on like this. We’re working on chapter 6 now, but I can’t say with confidence that we’ll release it in August. There are simply too many complex time-consuming redraws.

Okay, now onto the release!
Links to “Ore to Atashi no Kareshi-sama” Chapter 5: (ZIP) (PDF)

Next up will be the last released chapter of “Hakamori Majo Bianca”!