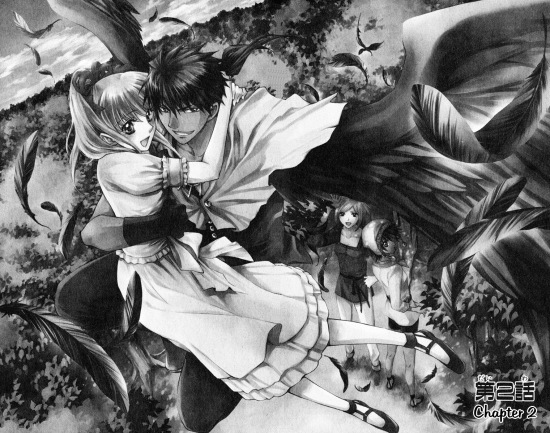 It’s been well over a year since we released the “Wild Wing” oneshot.  This is one of those oneshots that unexpectedly became a series.  Rest assured, we’ll have the third and final chapter out very soon (hopefully within the next two weeks).

Anyhow, the continuation of this series is pretty good.  I think this chapter is better than the first chapter.  There a bit of cliffhanger at the end, so I’m eager to get to the final chapter too.

A big thanks goes out to Silver Lunar for cleaning and redrawing this beast (with a little help from Ichigo Stars). Also thanks to Aricania for some last minute typesetting.

Next up will be the last two chapters of “LLLL” followed by the last chapter “Wild Wing”.